Before I dig into this retro (!) review, let me first explain something. See, back when I was in my early 20s in New York City, I had a day job where I entered DVD and VHS release information into a database that then got sold to companies who needed databases of information like this, like Tower Records. You remember record stores… right?

Anyway, naturally, this meant that the company I was working for had a pretty close relationship with both the major and the minor video distributors and studios. This also means that from time to time, they would send us screener copies of movies that are about to come out on DVD and/or VHS. These copies got passed around the office and housed somewhere until the day someone got sick of seeing them in their cubicle and put them in the breakroom for anyone to take. That’s how I got a hold of a review copy of Tadpole and that’s when I decided to write a DVD review. I’ve cleaned it up since then, but for the most part, I have not looked at this since I first wrote it in 2004. END_OF_DOCUMENT_TOKEN_TO_BE_REPLACED

The way I like to operate is to always be professional, period. It’s not that I’m trying to act professional, it’s that I really do believe that you don’t show up late to things. That’s just rude and it ruins everybody else’s operation. There are set [production assistants] PAs who’ve been there for hours before you even get there at four o’clock in the morning. Don’t complain and don’t be late. That’s just respect. Each and every person is such an integral part of what you’re doing. … Nobody’s job is less important than anyone else’s because you take one piece out of that puzzle and the whole thing collapses. For me, it’s about always being kind and loving. It’s much nicer to be happy and have a loving set than it is to have some dick running it. And I’ve been there too and it’s very uncomfortable.

Just before reading this article, I was listening to the most recent episode of the Magnum Rewatch podcast from the folks at Loading Ready Run because it’s interesting to me to hear folks who are younger than I am talk about things I remember experiencing first-hand while I was growing up in the 1980s. The movie Don’t Tell Mom the Babysitter’s Dead is one of those thing I also remember watching, probably in the theaters because we had a great second-run theater near our home and my parents enjoy light-hearted movies.

In reading this article, I realized that this attitude that Applegate has towards work is one of the reasons why she’s been in show business for as long as she has. Like several other ingenues of the age, she could have flamed out or fallen on hard times, but as Jarett Wieselman writes about her work after this movie came out, Applegate “was nominated for a Tony award, three Golden Globes, and four Emmys (one of which she won in 2003 for Outstanding Guest Actress in a Comedy on Friends).”

Kinda makes me wonder what she’ll be working on now and how soon I can get to see it.

Piggy-backing on my comments from last week, if I were a more ardent fan of the X-Men comics, I’d be rightly pissed off that instead of Kitty Pryde being sent back to her younger self to warn the X-Men of 1980 of a horrific war that would spell the end of mutantkind, they chose to use Wolverine. However, I’ve come to accept that the Marvel Cinematic Universe is its own continuity and it’s okay.

While some of the shots in the trailer look gorgeous, I have to wonder if in order to watch the movie, you need more than just a Wikipedia-fed knowledge of who the X-Men are. There were people in the scenes in the “past” that I didn’t recognize and if I have to watch X-Men: First Class just in order to understand this movie and it’s not available to stream on Netflix, then I’m probably not going to bother.

The iTunes price is $14.99, which to me seems steep for a title that isn’t even in HD. And both Marvel Studios and Fox are crazy if they can’t find a way to bring that price down a bit before the new movie comes out or maybe do a limited streaming on Netflix or somewhere else for a month or two prior to the new film’s release so that the fans they lost with X-Men 3 (like me!) can get back up to speed.

Directed by Bryan Singer, X-Men: Days of Future Past is scheduled to be released in the US on May 23, 2014.

Did that movie poster for The Hunger Games: Catching Fire surprise you? Apparently, this was a new online marketing gimmick in 2012 as Empire Online.com handily showed.

But what if you did the same thing for older movie posters? Then, you turn to the fine folks at The Shiznit.co.uk with their look at moving movie posters for Jaws, The Shining, Metropolis, and more. 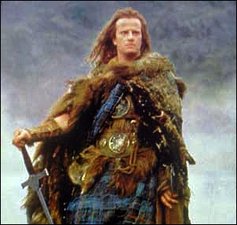 Normally, I’d be posting this from either Manhattan or Brooklyn in New York City. However, thanks to this year’s December Snowpocalypse (or my other favorite, Snowmygod), I’m typing from my parent’s kitchen table where I will be mostly stationed for the next two days until my re-booked flight takes off on Thursday morning.

Call me crazy, but despite the awesomeness of being with my family, I really wish I were back on the East Coast experiencing the blizzard and its aftermath with the rest of my co-residents. Luckily, at least one New Yorker was inspired to make art from the storm: END_OF_DOCUMENT_TOKEN_TO_BE_REPLACED 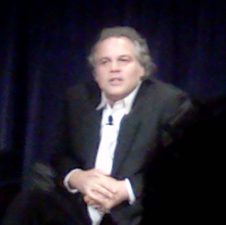 In addition to being able to hear “Law & Order: Criminal Intent” actor Vincent D’Onofrio speak about his experiences directing his first movie, a slasher/musical called Don’t Go Into the Woods, the audience members at the Center for Communication screening and Q&A of the film heard from D’Onofrio himself that he had a meeting with people from Tribeca Films to pick up the film for distribution. However, when contacted, a spokesperson from Tribeca Films declined to comment.

Shot on a budget of $100,000 in upstate New York, the Don’t Go Into the Woods centers around an indie rock band who while taking a break from their “daily distractions,” end up disappearing one by one and dying from gruesome deaths, singing all the while. D’Onofrio and his collaborators Sam Bisbee, (co-executive producer, co-screenwriter and composer) and Joe Vinciguerra (co-executive producer and co-screenwriter) answered questions at the Q&A session, which was moderated by Brad Balfour from the Huffington Post.

About the production process, D’Onofrio said that there isn’t a big difference between writing a love song and writing a song about death, and added that there wasn’t any CGI used in the production. Also in attendance was one of the actors, Cassandra Walker (Ashley), who said that while she heard the music before reading the script, the concept was a bit wild to her.

Finally, D’Onofrio proved that he was well-versed in horror film lore by expounding a bit on “refrigerator logic” and how it applies to his film:

Further details about a release date for Don’t Go Into the Woods will be added to this article as they become available.

Thanks to Lyssa Spero for contributing to this article.

Now that I understand what real pain, heartbreak and loss are, whenever I sense the real thing in a movie, it will instantly reduce me to tears even faster than before. One such moment came early during the preview screening of Life As We Know It, and it affected how I viewed the whole movie. END_OF_DOCUMENT_TOKEN_TO_BE_REPLACED

[Editor’s Note: We’re trying something a little new here where more than one person writes a review of a given thing. Any and all feedback would be greatly appreciated. – TL]

Before I write this review, I am obliged to tell you that one of the reasons why I was excited when I first heard about this movie was that Aaron Sorkin (The American President, “The West Wing”) would be writing the screenplay, and that he’d started a Facebook page to do research.

Back then, I’d called it a documentary, and boy was I wrong. The story of The Social Network is based on a not-completely factual non-fiction book by Ben Mezrich called The Accidental Billionaires: The Founding of Facebook, A Tale of Sex, Money, Genius, and Betrayal and it was Sorkin and director David Fincher’s job to turn the story within that book into a movie. END_OF_DOCUMENT_TOKEN_TO_BE_REPLACED

The plot of Mao’s Last Dancer is based on the autobiography by Chinese-born ballet dancer Li Cunxin, who following in the footsteps of such artists as Rudolph Nureyev and Mikhail Baryshnikov, defected to the U.S. in 1981. However, the story of the movie begins in medias res, with a 20-year old Li stepping foot onto American soil at the beginning of a student exchange program which places him deep in the heart of Texas, with the Houston Ballet. END_OF_DOCUMENT_TOKEN_TO_BE_REPLACED