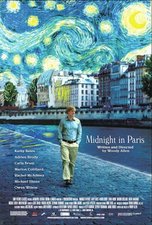 When I revealed earlier in the evening that I’d never seen an entire Woody Allen film, no less than five different people from all across the country (and Puerto Rico) and spanning in ages from younger than me to older than me were in shock. How is it that I, as a transplanted New Yorker, have never seen Annie Hall? Or Hannah and Her Sisters? Or even Mighty Aphrodite or Deconstructing Harry?

Believe me, I’ve wanted to. Back when I first moved to the East Coast, I rented Annie Hall on Netflix, and couldn’t finish it. My reaction at the time was this:

How am I supposed to cheer for Alvy Singer, a neurotic man who constantly puts down his lovers? He’s upset with his second wife for being so into intellectuals, and yet tries to get Annie to take college courses to become one.

However, I am not one to let one bad impression of a movie that came out the same year I was born keep me from seeing what writer/director Woody Allen brought with him to this year’s Cannes Film Festival. And unlike L.A. Times critic Kenneth Turan (whose review I accessed yesterday but is dated with today’s date) who deliberately was coy with the details of the plot, I’m afraid I have to let loose with a ton of spoilers. END_OF_DOCUMENT_TOKEN_TO_BE_REPLACED 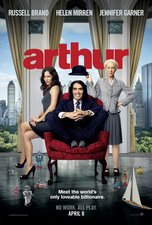 Take almost any movie from the early 1980s, for example. As a kid, we didn’t have a lot of extra money to spend on such things, and besides, would you really expect conservative parents to okay a movie night that didn’t include a Disney film? As a result, I never saw the original Arthur with British actor Dudley Moore and could go into the screening of the remake starring Russell Brand without any preconceptions. [Editor’s note: Massive spoilers, ahoy!] END_OF_DOCUMENT_TOKEN_TO_BE_REPLACED

The plot of Mao’s Last Dancer is based on the autobiography by Chinese-born ballet dancer Li Cunxin, who following in the footsteps of such artists as Rudolph Nureyev and Mikhail Baryshnikov, defected to the U.S. in 1981. However, the story of the movie begins in medias res, with a 20-year old Li stepping foot onto American soil at the beginning of a student exchange program which places him deep in the heart of Texas, with the Houston Ballet. END_OF_DOCUMENT_TOKEN_TO_BE_REPLACED 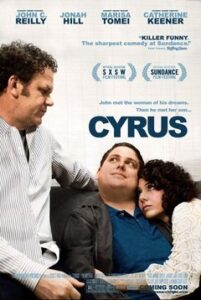 However, she doesn’t stick around in the morning, but instead leaves him a note. Intrigued but not scared off, John invites her over for a proper first date which is as romantic as it is charming… only to catch her sneaking out of his room at night. Her vague explanation doesn’t satisfy him, so John follows her back to her house where he meets the source of her secrecy: her antagonistic live-at-home 21-year old son, Cyrus (Jonah Hill). END_OF_DOCUMENT_TOKEN_TO_BE_REPLACED 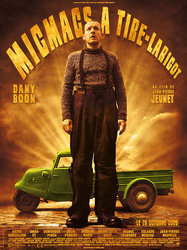 When I was in the eighth grade, I was given the chance to either take a first year of Spanish at my school or to take a first year in French at the high school across the street from where I lived and where I’d eventually attend.

Impractical youngster that I was in Southern California, I chose French and for five years I was one of the more fluent speakers in my class, going as far as to win the silver medal my senior year of high school at French camp. Those classes were where I first saw or heard of classic French films like Jean de Florette, Le retour de Martin Guerre, and Au revoir les enfants (which apparently was an inspiration for Reservoir Dogs), and I thoroughly enjoyed them. Yes, even Les compères.

Alas, my ear for the language has diminished, but that still doesn’t mean that I’m not about to turn down the chance to see a movie by perhaps one of France’s great directors of the modern era. END_OF_DOCUMENT_TOKEN_TO_BE_REPLACED