In the effort to both be able to play video games while churning out columns, I’ve combined my Sunday Twitch streams and some of my old columns into something entirely new. I can’t call this a pilot because I have at least 15 audio-only Geekly Speaking About… episodes which I hope I’ll have the time to convert to a new embedding format, but I hope you enjoy this new column which was supposed to go up last Thursday but I ran out of time. (Thank goodness for the ability to change publishing and posting dates.)

And now for the show notes!

END_OF_DOCUMENT_TOKEN_TO_BE_REPLACED

We’re pleased and proud to announce the debut of our new podcast/vidcast/streaming show/video magazine. Depending on how many spoons I have during the weekend, you should expect either this show or a vidcast version of “Geekly Speaking About” to show up here on the blog every Thursday morning, following a live stream on our Twitch channel called geekingoutabout. You can watch it here and then click the link to read the show notes.

END_OF_DOCUMENT_TOKEN_TO_BE_REPLACED

An Evening with Patrick Rothfuss and Paul & Storm

When we moved to Minnesota this year, my husband and I made a deal with each other: If there was a live event that sounded interesting and the ticket price was reasonable, we’d try to go. After all, what better way is there to learn how to navigate your new metro area than attending great shows in great venues?

Both individually and together, we’ve seen musical comedy duo Paul and Storm perform many times, and they always put on a good show. Money’s been a little problematic for us recently, though, so I made a decree that if we were going to see them perform again, there would have to be a real good and compelling reason. So when we learned that the next leg of their shows would not only swing through the Midwest but also bring fantasy author Patrick Rothfuss along for the ride, we snapped up the tickets quicker than you could say, “When’s Book Three coming out?”

This is not because we’re particularly strong Rothfuss fans. In fact, until that night, we’d never bought any of his books before. However, judging from the set that he did at w00tstock 5.0 this year, I knew that I’d love to hear what Rothfuss could do with a smaller audience and whether or not he’d be reading snippets from the new book. (A person can always dream!)

Suffice to say, neither my husband nor I were disappointed. END_OF_DOCUMENT_TOKEN_TO_BE_REPLACED

Ever since I moved to Minneapolis in Minnesota, I have slowly been exploring the geek spaces around me by going to geekish concerts and movie showings. I even have a local gaming store which is three or four blocks away from me where I play in a weekly role playing game campaign and where I’ve begun playing more Magic: the Gathering.

However, when it came to conventions, I just didn’t have the time or the money to attend any this summer, including gaming convention Con of the North in the late winter, Anime Detour in the spring, science fiction convention CONvergence in the summer, or any number of larger group gatherings that take place in and around the Twin Cities.

All of that changed when I noticed from a Facebook post that voice actor (and friend) Taliesen Jaffe was going to be attending Anime Fusion in the nearby suburb of Bloomington, home to the Mall of America. The convention was taking place the weekend after my wedding celebration, so I thought it was a perfect time to get myself back out there and to attend my first anime convention since 2008. END_OF_DOCUMENT_TOKEN_TO_BE_REPLACED

One of my favorite blogs to dip into from time to time is Smart Bitches, Trashy Books. Originated by writers Candy Tan and Sarah Wendell, the blog seeks to showcase what’s good, fun, informative, sexy, and surprisingly intelligent about the romance novel industry through their irreverent and occasionally deep book reviews.

Growing up, I loved romance novels. In my parents’ bedroom, half of a shelf was dedicated to Danielle Steel books. These were “forbidden” books so naturally as a teen, I devoured all of them. Once I graduated from college, reading romance novels became something my mom, my sister, and I could talk about—just as long as we didn’t talk too long about the sex scenes, that is.

About a year ago, I decided that I wanted to get back into reading some romance and especially finding a new author to follow as I’d phased out of my Danielle Steele, Fern Michaels, Catherine Coulter, LaVyrle Spencer, Maeve Binchy, Jennifer Crusie phase of reading. And before you ask, even Nora Roberts’ romance novels had been wearing a bit thin. Thankfully, Candy and Sarah have a section on their website devoted to their “best” blog entries, which is how I learned about Loretta Chase. Armed with a new name, some Amazon.com credit, and a visit to the bookstore, I was ready to read. END_OF_DOCUMENT_TOKEN_TO_BE_REPLACED

With the dog days of summer disappearing and the sound of little footsteps running away from school buses, fall is upon us—which means it’s time for another New York City Comic Con.

This year, the event will be held at the Javitz Center from October 11 to October 14 and there are less than 48 hours remaining for you to pre-register and be able to get your pass in the mail. But what if you’re unsure about whether or not you want to go? Luckily, I was able to rescue this podcast from the unknown to bring you a roundtable discussion about what myself, co-editor Jill Pullara, and writers Jonathan Cherlin and Lowell Greenblatt liked and disliked about last year’s event. Show notes, as usual, are after the jump.

END_OF_DOCUMENT_TOKEN_TO_BE_REPLACED 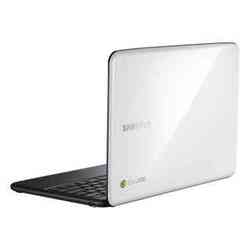 While you’re reading this, you are probably sitting at your computer desk, a half-finished drink at your side. Or maybe you’re in a car or on a bus or another wheeled vehicle, your smartphone or your tablet in one hand. And you’d think that was pretty amazing, right? Imagine how I feel as I type this, approximately 37,000 feet in the air somewhere over Wayne, South Dakota.

I’m able to perform what Stephen King called one of the best magic tricks in the world thanks to Virgin America and their partnership with Google and Gogo, wherein if you check out a Chromebook at a select airport and are going to another participating airport, you can use their in-flight wireless Internet for free while you test-drive their product. It’s an ingenious bit of marketing, mostly because everyone likes free Internet, right?

Hit the website above to look at the technical specs or even this Engadget review if you want to get down to the nitty gritty. What I’d like to talk about is how this mini-laptop or maxi-netbook feels to use on a plane and whether or not it’s worth it.

First off, I’m lucky to be sitting near the window with someone I know next to me because the only way I’m able to type as fast as I normally do without jamming my seatmate in the elbow is by putting the ‘book on one side of the fold-down tray. However this did also mean that my seatmate had to type on his full-sized laptop with his elbow in the air. I’m also having a problem with the size of the text on the screen in the Chrome browser. Even after I just changed the settings, only one of the tabs I had open had the font at a readable size; the rest were at their default. Changing the Search button into a Capslock button takes some fooling around with the settings, but its doable; meanwhile, there is no Delete or Home key.

We were asked not to look at streaming video on the flight, so I didn’t get a chance to test out how it felt watching a movie or some YouTube clips. However, I’m pleased to note that even with some pausing to eat a bit, I still have about 71% of a battery left and there’s perhaps an hour or two left in my flight to New York City.

The Bottom Line: If I had $500 to spend and I wanted something that was easy to carry around for casual browsing and long plane trips or subway trips, would I get a Chromebook? Probably not; having also played with a first-generation iPad while waiting for this very flight, I think I liked how easy it was to use and change its readability settings than this ‘book. But I’m sure that there’s someone else out there who’ll appreciate this machine.

[Editor’s Note: Many thanks to Lauren at Kid Champ for letting me borrow her “Thundertome” idea for this review series. – TL]

When I first got my Android-enabled phone, I searched for something to read on it during a long 45 minute subway commute. A Google search for “free ebooks” took me to Google Books and their app, and I downloaded two books by Jane Austen, one I’d never read before (Sense and Sensibility), and one I’ve read so very many times over the years: Pride and Prejudice.

The first time I read Pride and Prejudice was outside of a school context, and while the text was somewhat unwieldy to me, I really loved the story of these two mismatched lovers who have to get over themselves before they can really appreciate each other and fall in love. Over the years, I’ve read the book hundreds of times, and I was looking forward to reading it all over again. As I turned the pages on the touch screen with my thumbs, the finer details of the story sunk deeper into my brain and I began to gain a new appreciation for the story. Which, of course, lead to my next thought: How can I read more? END_OF_DOCUMENT_TOKEN_TO_BE_REPLACED

Now that I understand what real pain, heartbreak and loss are, whenever I sense the real thing in a movie, it will instantly reduce me to tears even faster than before. One such moment came early during the preview screening of Life As We Know It, and it affected how I viewed the whole movie. END_OF_DOCUMENT_TOKEN_TO_BE_REPLACED

[Editor’s Note: We’re trying something a little new here where more than one person writes a review of a given thing. Any and all feedback would be greatly appreciated. – TL]

Before I write this review, I am obliged to tell you that one of the reasons why I was excited when I first heard about this movie was that Aaron Sorkin (The American President, “The West Wing”) would be writing the screenplay, and that he’d started a Facebook page to do research.

Back then, I’d called it a documentary, and boy was I wrong. The story of The Social Network is based on a not-completely factual non-fiction book by Ben Mezrich called The Accidental Billionaires: The Founding of Facebook, A Tale of Sex, Money, Genius, and Betrayal and it was Sorkin and director David Fincher’s job to turn the story within that book into a movie. END_OF_DOCUMENT_TOKEN_TO_BE_REPLACED