…especially if you choose to view this at work, because courtesy of British film editor Harry Hanrahan, I present The 100 Greatest (and Profane) Movie Insults of All Time:

(Special thanks to the gang at Pajiba.com, who hunted down the names of all the movies in the clip.)

To all you schlocky film fans out there, I heartily apologize for not mentioning anything about this sooner:

Here’s the synopsis, courtesy of the gang at TwitchFilm.net:

Kommandør Treholt & Ninjatroppen is the true story of how Commander Arne Treholt and his Ninja Force saved Norway during the Cold War. The story takes place in the time right before Treholt’s arrest on espionage charges in 1984, and reveals a spectacularly different version of our recent past than has been previously known.

A mix of true story and unabashed flights of fancy, the movie will premiere in Norway on August 13. An English-language blog is here, and I really hope someone decides to release this in the U.S.

Well, I think I can officially say that director Christopher Nolan is off his rocker. Just take a look at the below and see if you don’t agree with me.

Here’s a more detailed synopsis of what you just saw:

Acclaimed filmmaker Christopher Nolan directs an international cast in an original sci-fi actioner that travels around the globe and into the intimate and infinite world of dreams. Dom Cobb (Leonardo DiCaprio) is a skilled thief, the absolute best in the dangerous art of extraction, stealing valuable secrets from deep within the subconscious during the dream state, when the mind is at its most vulnerable. Cobb’s rare ability has made him a coveted player in this treacherous new world of corporate espionage, but it has also made him an international fugitive and cost him everything he has ever loved. Now Cobb is being offered a chance at redemption. One last job could give him his life back but only if he can accomplish the impossible—inception. Instead of the perfect heist, Cobb and his team of specialists have to pull off the reverse: their task is not to steal an idea but to plant one. If they succeed, it could be the perfect crime. But no amount of careful planning or expertise can prepare the team for the dangerous enemy that seems to predict their every move. An enemy that only Cobb could have seen coming. This summer, your mind is the scene of the crime.

I have to say that now that we know a little more about Inception, I really wish that we didn’t. I groaned the instant I heard Leonardo DiCaprio’s character say that he was doing “one last job,” and I also may have gagged a little when it flashed to a scene of him being emotional while cradling Marion Cotillard, presumably an ex-wife or a former lover.

At the same time, though, the visuals look amazing and I think I’m in love with the idea of being able to use your dreams against you. We’ve already seen in Minority Report how the future can be manipulated, now your subconscious? Really chilling.

Starring DiCaprio, Cotillard, Ellen Page, and Cillian Murphy, Inception will be in theaters in the U.S. on July 16. 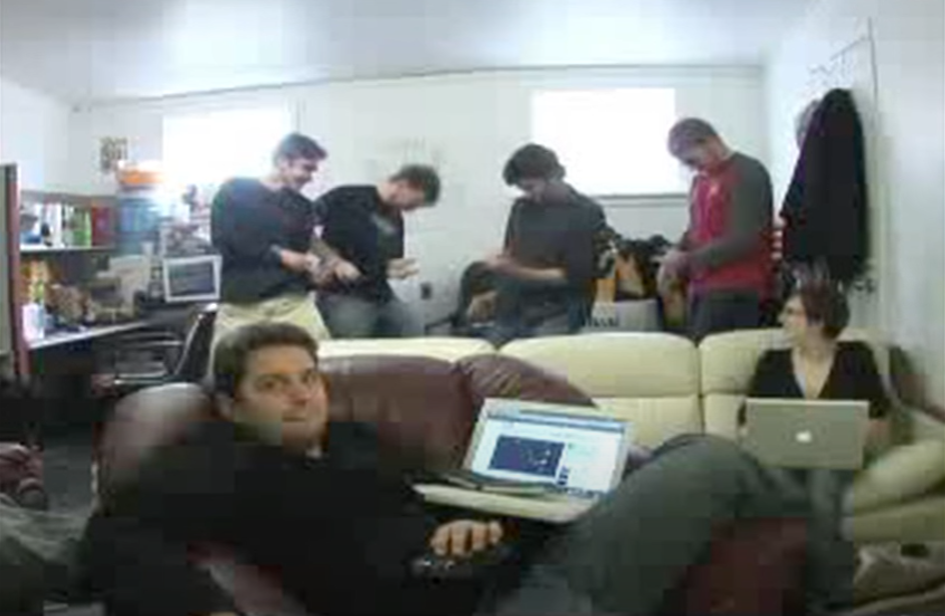 [Editor’s Note: This blog post was originally written during the second run of Desert Bus for Hope.]

One of the best things about having a blog is that you can talk about things that may sometimes only be tangentially-related to the blog’s topic.

Desert Bus is the most boring video game ever (here are the Wikipedia details):

The objective of the game is to drive a bus from Tucson, Arizona to Las Vegas, Nevada in real time at a maximum speed of 45mph, a feat that would take the player 8 hours of continuous play to complete, as the game cannot be paused.

The bus contains no passengers, and there is no scenery or other cars on the road. The bus veers to the right slightly; as a result, it is impossible to tape down a button to go do something else and have the game end properly. If the bus veers off the road it will stall and be towed back to Tucson, also in real time. If the player makes it to Las Vegas, they will score exactly one point. The player then gets the option to make the return trip to Tucson—for another point (a decision they must make in a few seconds or the game ends). Players may continue to make trips and score points as long as their endurance holds out. Some players who have completed the trip have also noted that, although the scenery never changes, a bug splats on the windscreen about five hours through the first trip, and on the return trip the light does fade, with differences at dusk, and later a pitch black road where the player is guided only with headlights.

Last year, the gang at Loading Ready Run who create short comedic skits on a weekly basis decided that they would play this never-released video game non-stop in exchange donations to be sent to Child’s Play, on an exponential basis. In other words, the more people donated, the longer they would have to keep playing. The gang only expected to get $5,000 or so at the most; the final tally last year was $22,805 after 3 days of 24-hour busing that was also streamed live.

This year, they’ve beaten their old record and as of this typing have earned $24,053 over 2 days and 11 hours, have had actor Wil Wheaton call in, will have Felicia Day and Sandeep Parikh from The Guild call in later today, and one of the core cast members from LRR will shave off his trademark beard. All for the children!

So check out their site, watch the cams, donate some money, and enjoy the schadenfreude. They’ve already got me for $25 so far, and I may just end up donating my entire blogging paycheck this month if they keep going.