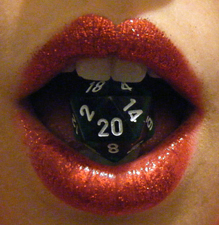 The idea stayed with me for quite some time, and so when D20 producer Anja Kiester asked the members of a New York City-themed LiveJournal group I’m in if there would be interest in an RPG-themed show, I bought my tickets as soon as I got my next paycheck. END_OF_DOCUMENT_TOKEN_TO_BE_REPLACED

…especially if you choose to view this at work, because courtesy of British film editor Harry Hanrahan, I present The 100 Greatest (and Profane) Movie Insults of All Time:

(Special thanks to the gang at Pajiba.com, who hunted down the names of all the movies in the clip.)