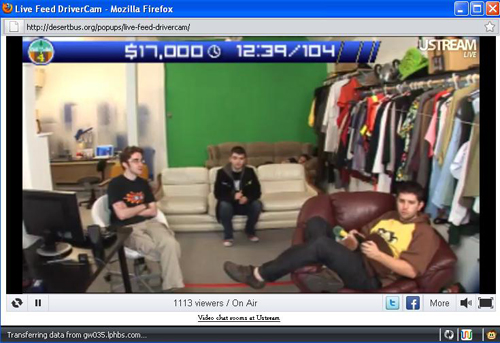 Two years have passed since I originally blogged about their efforts, and I thought that this time, I could recap a little bit about the typical things you could see the Desert Bus Crew doing if you happen to tune into the live driver cam at 4:00 am local time in Victoria, B.C. for about an hour: END_OF_DOCUMENT_TOKEN_TO_BE_REPLACED