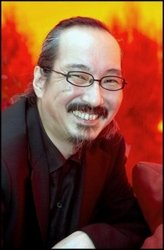 One of the things I love about the Otakon anime convention is that the people who run it not only have a great love of the medium, they care about people in the industry as well. After director Satoshi Kon’s passing two months ago, the members of the non-profit responsible for running the Baltimore, Md. convention decided to do something for the family members and colleagues he left behind.

“There was such an outpouring of shock when he died, and so many fans expressed appreciation and gratitude—we wanted some way to let his family see, firsthand, how much of an impact Kon had,” wrote former con chair and current Otakorp. member-at-large Jim Vowles in a post to the Anime Cons ML.

Fans can visit the website (located at https://www.otakon.com/satoshikonfarewell.asp) and they can either send a message to a Gmail account that has been set up for this purpose, send a letter or condolences card to a U.S. physical address, donate money to an accredited charity which helps fight life-threatening cancers—or most importantly, purchase DVDs of works by Satoshi Kon.

First, strong sales may increase the likelihood that Kon’s final project [The Dream Machine] will be completed. Second, like most in the animation industry, Satoshi Kon was not a wealthy man, but unlike many, he held some intellectual property that he hoped would continue to provide for his family after his death.

Me, I’m up for purchasing Perfect Blue when payday hits on Saturday, and I urge you to pick something out as well.