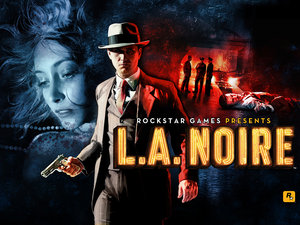 For gamers who also play the stock market, Tuesday was a good day. After all, not only did L.A. Noire hit the market, but stock prices rose for studio Rockstar Games’ parent company Take-Two Interactive.

According to Conrad Zimmerman at Destructoid.com, the price of shares rose as high as 10% of their starting value on the NASDAQ, before finally settling on a price of $17.10 at the close of business yesterday, netting an overall 7.75% increase.

This is all due to the successful launch of Noire, which currently has a MetaCritic score of 92 for the Xbox 360 version. Even the picky French site GameKult.com had decent things to say about the gameplay differences between Noire and its other open sandbox gaming cousins:

Overall less funny and more repetitive than [the extra missions in] Grand Theft Auto or Red Dead Redemption, the crimes L.A. Noire still have the advantage of discovering some bewildering corners of the city and provide additional experience points.

L.A. Noire is available on both PlayStation 3 and Xbox 360.